In the world of PERSONAL BRANDING,
Stacey Ross Cohen stands out. 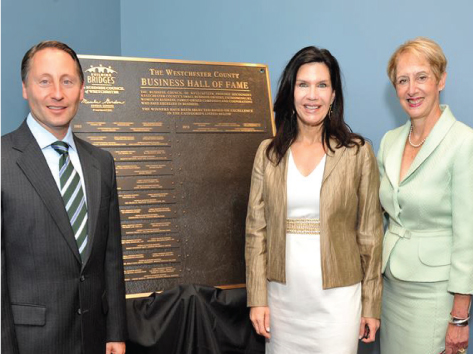 Stacey’s approach has led to a growing shelf of prestigious industry awards, including the Forbes Enterprise Award (2006) and Advertising Club’s Best of Show (2002, 2010, 2012). Stacey was named Public Relations Society of America Practitioner of the Year (2013) and received the Smart CEO/Brava Award (2015).

An award-winning brand professional who earned her stripes on Madison Avenue and at major television networks before launching her own agency, Stacey specializes in finding, cultivating and perfecting clients’ personal brands. Stacey also excels at taking brands to market and leveraging clients’ strengths to make an indelible impact on social media, in boardrooms and everywhere in between.

Stacey’s signature approach to personal branding, titled Life-Brand™, is a thoughtful, comprehensive and markedly 21st-century method for success. Stacey believes personal brands aren’t an asset exclusive to Fortune 500 CEOs or powerful politicos. Rather, personal brands are effective — and necessary — for professionals of all types, from the underemployed and recent grads to high school students, retirees and everyone in between.

At the core of Life-Brand is a universal formula: Personal brands should start early, evolve often and receive regular maintenance.

Stacey practices her Life-Brand approach as Founder, President and CEO of Co-Communications, the full-service marketing and communications agency headquartered in New York with several offices across the Northeast. Stacey and her team work tirelessly to craft and position compelling narratives in fiercely competitive markets, from real estate and healthcare to education, technology, hospitality and nonprofit.

Before founding Co-Communications in 1997, Stacey was a rising star at Marsteller Inc., a division of Young and Rubicam, where she led the expansion of the organization’s corporate communications program. She later held senior positions at CBS/FOX Video, overseeing marketing and public relations. Standing out has always been a matter of course for Stacey: As a twin, carving out a unique story has been second nature for her since day one.

Stacey serves on a number of boards in metro New York, including Women’s Leadership Institute/Manhattanville College, The Business Council of Westchester and United Way’s Women’s Leadership Council. She holds a B.S. in Human Development from Syracuse University, an MBA from Fordham University and a Certificate in Media, Technology and Entertainment from NYU Leonard Stern School of Business.

Stacey is a sought-after speaker, author and panelist in the realm of personal branding. A frequent presenter at industry conferences, Stacey is also a Huffington Post blogger and has been featured in Entrepreneur Magazine, Forbes, Crain’s, Sales & Marketing and a suite of other national publications.